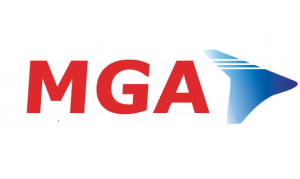 Mavi Gök Aviation (MGA) was established and started to play an active role in the Aviation business in March 2007. MGA has been a growing company by developing itself since its establishment. Having started operations with only 3 aircraft in 2010, MGA grew to a fleet size of 15 aircraft by the end of 2015. In 2016, Azur Air Russia and Azur Air Ukraine were established under their own AOCs. With the establishment of the mentioned 2 Airlines and since MGA provided Technical support, maintenance service and material supply to both airlines, the name of Mavi Gök Aviation (MGA) was changed to Azur Aviation in Sept.2016 taking into account the common understanding. With the emphasis on quality, the line maintenance service provided in many locations of the World with its existing 145 maintenance authorizations, with strong inventory in 10 different countries and expanded its fleet by adding aircraft every year, Azur Aviation has continued to grow with 46 active aircraft until February 2022.